The dollar’s advance against its major peers slowed on Tuesday as a rise in sovereign bond yields paused, with investors awaiting comments from Federal Reserve Chair Janet Yellen for fresh cues on policy direction.

The euro was effectively flat at $1.1394 after inching down about 0.1 percent the previous day.

“The dollar is capped as the surge in German bund yields stopped overnight and in turn dragged down U.S. Treasury yields. The recent surge in bond yields appears overdone and we are seeing a bit of a correction,” said Yukio Ishizuki, senior currency strategist at Daiwa Securities.

Investors have dumped euro zone government bonds over the past two weeks on expectations the European Central Bank (ECB) would unwind extraordinary stimulus sooner rather than later. 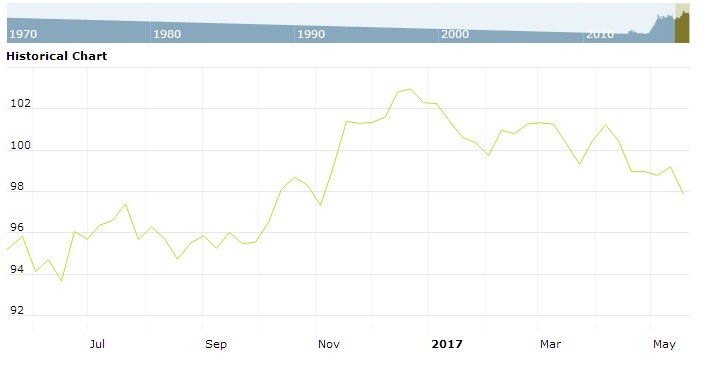