ADP releases private-sector payrolls for June at around 8.15 a.m. ET, and that could be a warmup act for the big Friday government jobs report. The ADP report is expected to show 185,000 private sector jobs were created in June, while there are 179,000 jobs expected in the government’s report Friday.

Later on Thursday morning, trade balance data for May and ISM manufacturing index for June are both scheduled before or at 10 a.m. 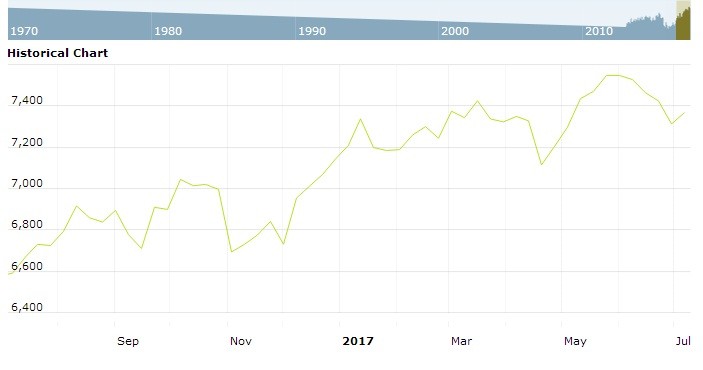