The dollar trod water against a group of peers early on Friday, as currency investors remained cautious ahead of U.S. inflation data due later in the session, which is expected to set the greenback’s near-term direction.

The U.S. currency’s recent advance, notably against the yen, has stalled towards the end of this week as Federal Reserve Chair Janet Yellen curbed some of the monetary tightening expectations that had supported the greenback.

Signs of a pickup in U.S. inflation could reinforce views that the Fed would hike interest rates again sooner rather than later, which would lift Treasury yields and the dollar.

However, the core consumer price index (CPI) is forecast to have risen only 1.7 percent year-on-year in June after a similar gain in May. On a month-on-month basis, the core CPI is expected to rise 0.2 percent after a 0.1 percent gain the previous month.
PREVIOUS DAY ACTIVITY 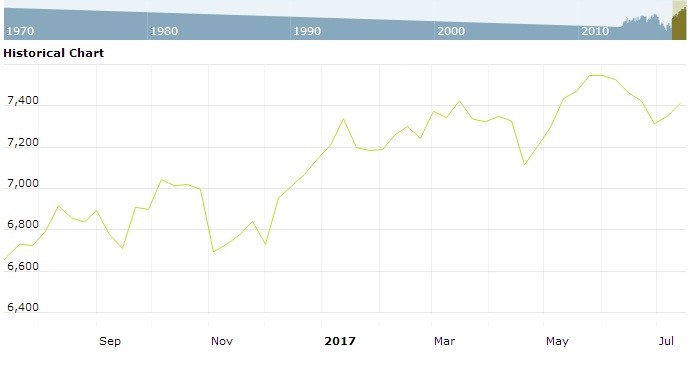