But the recent slowdown in inflation has become a red flag for markets, which doubt the Fed’s ability to hike a second time before year end.

Fed Chair Janet Yellen holds a post-meeting briefing and is expected to provide some more detail on the Fed’s $4.5 trillion balance sheet. The Fed hopes to begin shrinking that balance sheet this year by scaling back a program to replace Treasury and mortgage securities as they mature.

The central bank is due to announce its interest rate decision on Wednesday, though a 0.25 percent hike is widely anticipated.

Markets are also primed for more information on how the Fed will begin the long process of shrinking its balance sheet.

The Fed’s balance sheet ballooned to $4.5 trillion as it bought bonds in its quantitative easing program. That was the policy it created to help rescue the economy from the financial crisis and, later, to keep it from falling back into recession. 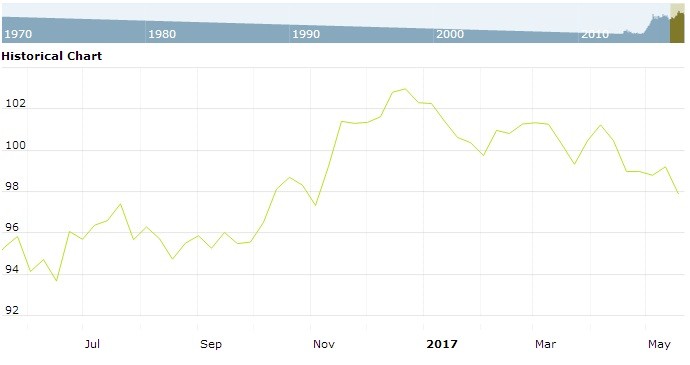